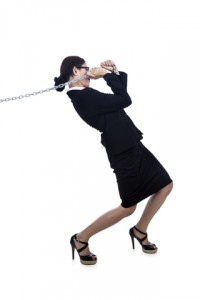 “Culture does not make people. People make culture. If it is true that the full humanity of women is not our culture, then we can and must make it our culture.”

Gender discrimination, also referred to as “sexual discrimination,” involves the unfavorable treatment of a person based on his or her gender. Gender discrimination has been such an accepted part of our culture that weeding out the vast dead zones of discrimination that still remain sometimes seems an impossible project.  An aspect of gender discrimination that is particularly malevolent is making persons of a particular gender feel that they DESERVE certain conduct or conditions, or to not even think to question or even see the inequalities culturally imposed by gender.  Plus, who wants to be the employee who is considered “shrill,” or a “bitch,” or other gendered offensive labels that work extremely well to make people quiet.  A boss, supervisor, manager, human resources representative, or coworker can commit a wrong based on gender, and still be someone you don’t want to make trouble for or argue with.  However, when those wrongs have impacted on you, those same people still need to answer for the damage they have caused.

So what is gender discrimination?  Here are some examples of discrimination by employers that we have seen with our clients or that have been reported in court cases:

If you've been sexually harassed, you aren't the one who should be afraid or ashamed --- your harasser should be.
It's not just wrong to fire someone for reporting sexual harassment --- it's illegal. Speak up. Refuse to live in fear. Call us.
Over 30% of women in America report being sexually harassed in the workplace. You are not alone. We can help.
Most sexual harassment goes unreported because employees are afraid to speak up. Let us be your voice.

For a Free Consultation

Chamber Approved Business
"I feel like Jennifer genuinely cares for her clients and that she will fight to get you the best result possible. I know she did for me! I would recommend her to anyone who needed counsel!" L.M., client
"Jennifer just wanted to be there for me to show support and to make sure my case was taken seriously. I am so thankful for Jennifer, she is the best of the best." J.W., client
"Jennifer McCarty is amazing, not your average lawyer. Jennifer is highly intelligent and knows the labor and employment laws." J.W., client
"I immediately felt better about my situation & for the first time in years I could let go of stresses that were affecting me. She handled everything in a timely manner & was professional yet concerned for me as well. I HIGHLY recommend her!" T.G., client
"Jennifer McCarty has been absolutely phenomenal! She took my case when no other attorney thought it was worth it. From the moment we had our initial meeting, she walked me through the process step by step and was very clear about how things would be." T.G., client
"My lawyer is kind. My lawyer is truthful. My lawyer is extremely professional. My lawyer helped me to tell my truth. My lawyer never held anything back from me. My lawyer gave me multiple options, and never forced one on me." C.G, client
"My lawyer made sure I was always taken care of. My lawyer kept me up to date on the case. My lawyer made sure I was ready for anything. My lawyer explained things so I understood completely. My lawyer gave me confidence. My lawyer is Jennifer McCarty!" - C.G., client
“I'm very happy with her and would recommend her to anyone. Her ability to put herself in your situation is amazing.” J. C., client
“She came through on every promise she made.” J.C., client
McCARTY LEGAL